How Much Sleep Do Children Need? 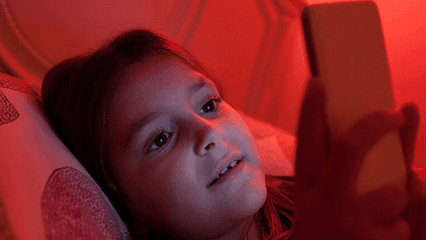 Knowing how much sleep children need is a concern as parents shift their focus from packing towels and swimsuits for summer camp to the anticipation (or dread) of hitting the books, sleep schedules take on a renewed importance. In summer, children and teens tend to go to bed later and sleep in. Their body clocks need to adjust to the earlier wake-up times for school. This adjustment is tough for children and adults.

Suggestions to make the adjustments easier include:

How much sleep does my child need?

Preschoolers sleep about 11 to 12 hours per night. Those who get enough rest at night may no longer need a daytime nap. Instead, they may benefit from some quiet time in the afternoon. Most nursery schools and kindergartens have quiet periods when the kids lie on mats or just rest. As kids give up their naps, they may go to bed at night earlier than they did as toddlers.

School-age kids need 10 to 11 hours of sleep a night. Bedtime problems can start at this age for a variety of reasons. Homework, sports and after-school activities, computers, TVs, mobile devices, and hectic family schedules all can contribute to kids not getting the sleep they need. Sleep-deprived kids can become hyper or irritable, and may have a hard time paying attention in school. It’s still important to have a consistent bedtime, especially on school nights. Leave enough technology-free time before bed to allow your child to unwind before lights-out. A good rule of thumb is switching off the electronics at least an hour before bed and keeping TVs, computers, and mobile devices out of kids’ bedrooms.

Teens need about 9 hours of sleep per night, but many don’t get it. Early school start times on top of schedules packed with school, homework, friends, and activities mean that many are chronically sleep deprived. Wrestling smartphones from kids and teens before bed is step one to getting them to begin the shutting down process. Sleep deprivation adds up over time, so an hour less per night is like a full night without sleep by the end of the week. Among other things, a lack of sleep can lead to:

This can lead to anger problems, trouble in school (academically and with teachers and peers), the use of stimulants like caffeine or energy drinks to feel more awake, and car crashes due to delayed response times or falling asleep at the wheel. Teens also undergo a change in their sleep patterns — their bodies want to stay up late and wake up later, which often leads to them trying to catch up on sleep during the weekend. But this irregularity can make getting to sleep at a reasonable hour during the week even harder. Ideally, a teen should try to go to bed at the same time every night and wake up at the same time every morning, allowing for at least 9 hours of sleep.

Why Does This Matter?

The brain recharges when we sleep. When people of all ages don’t get enough sleep, it’s hard to concentrate and it’s harder to manage day to day stresses. Lack of sufficient sleep is linked to health implications ranging from hyperactivity, learning and memory problems as well as harmful hormonal changes associated with increased risks of obesity.

As we sleep, our brains pass through five stages of sleep. Together, stages 1, 2, 3, 4, and REM (rapid eye movement) sleep make up a sleep cycle. One complete sleep cycle lasts about 90 to 100 minutes. So, during an average night’s sleep, a person will experience about four or five cycles of sleep. Stages 1 and 2 are periods of light sleep from which a person can wake up easily:

Stages 3 and 4 are deep sleep stages:

The final stage of the sleep cycle is called REM sleep because of the rapid eye movements that occur:

FOLLOW US ON SOCIAL FOR MORE RELEVANT,
LOCAL HEALTH INFORMATION